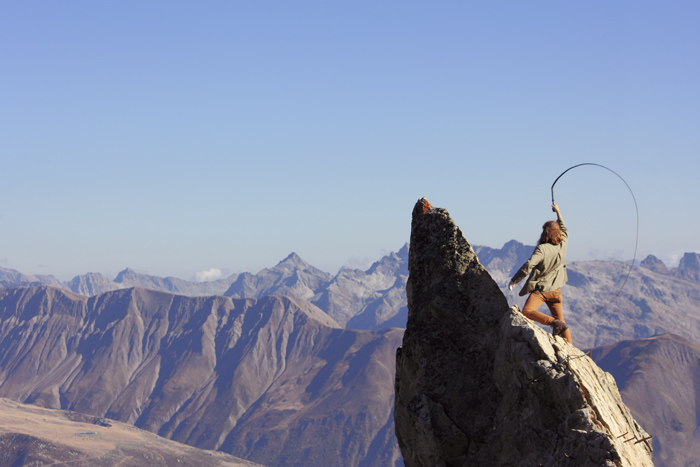 Punishment is a new series of works by Julius von Bismarck:

“The title of the exhibition points to a pre-Christian legend that says that the Achaemenid King and Egyptian Pharaoh Xerxes had the strait at Hellespont punished with 300 lashes, after bridges that had been built on his order were destroyed by a storm shortly after construction.
Julius von Bismarck took up this anger allegorically for his new series of works. From October to December 2011 he went on a journey through Switzerland, South America and the United States armed with a whip.  At impressive locations he plays with the rhetorical power of this traditional retaliation, whipping nature, defying its power, until he is exhausted. In a contemporary context, he thus rebels against socialization and, as a modern Sisyphus, questions value patterns which are conveyed to people today by societal constructs and authorities.”