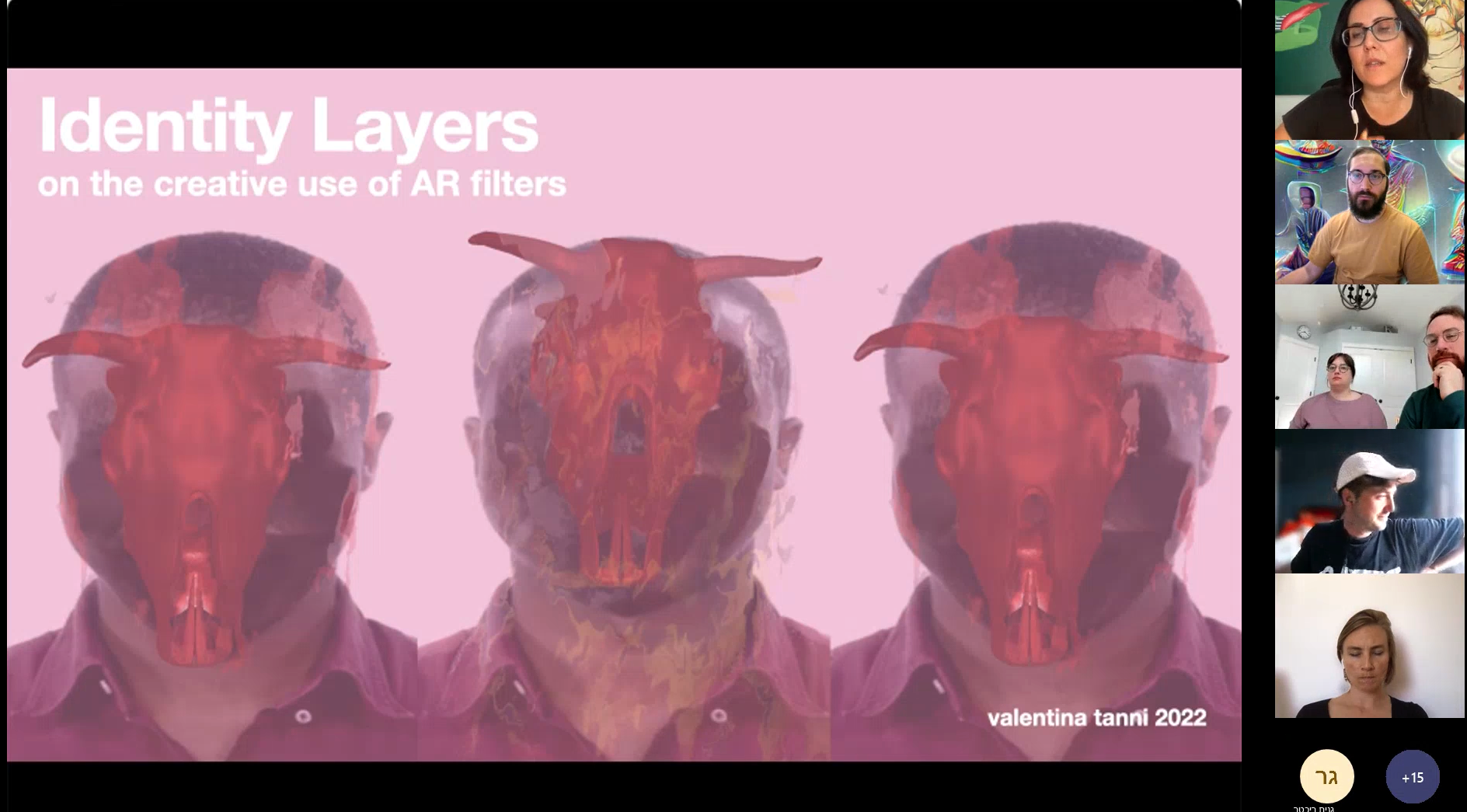 In the age of social media and big data, collective identities are often discussed in terms of networks, publics, or “neighborhoods of likeness” (Chun, 2018), while theories on “digital subjects” (Goriunova, 2019), “algorithmic imagination” (Finn, 2017) or “phantasmal media” (Harrell, 2013) help us think about the ways these techno-social infrastructures also shape new imaginaries and formats for collective subjectivation.
With the widespread everyday adoption of more and more visually sophisticated technologies based on AI, VR and AR, what critical approaches can help us conceptualise the convergence of the social – with its categories, figures, and movements – and the aesthetic – intended both in terms of increasingly haptic and immersive modes of identification, but also in terms of the poietic modes of political subjectivation called for by theorists like Franco “Bifo” Berardi? How do emerging cultural formats like Instagram face filters, GAN imagery, or blockchain-enabled communities contribute to spread out our increasingly distributed, digitally augmented identities?
With this premise, this online event featured presentations by both critics and artists who work on new media, art, and identity in critical ways.

Identity Layers. On the Creative Use of AR Filters
Taking her Instagram filters exhibition project “Art Layers” (2021) as a starting point, Valentina Tanni analyzed the different roles that AR filters can play in the context of today’s social media – from light, playful approaches to complex artistic experimentations on the topic of self-identity and reality perception.

A Yes is Sometimes a No in Disguise
Midgray (Kris Blackmore and Simon Boas) discussed their layered work on internet dating platforms, privacy, and masculinity. Involving algorithmically identifying misogyny in dating app user profiles on OkCupid, the projects result in thoughtful and nuanced conversations about consent and masculinity that aren’t typically seen in mainstream media.

Imaginaries of the Fluid Identities in the Data Worlds
Ksenia Fedorova addressed the ways the social imaginary is affected by the capabilities of digital technologies and the creative response to this state of affairs, registered in practices ranging from political activism to interactive art and mixed reality performance.