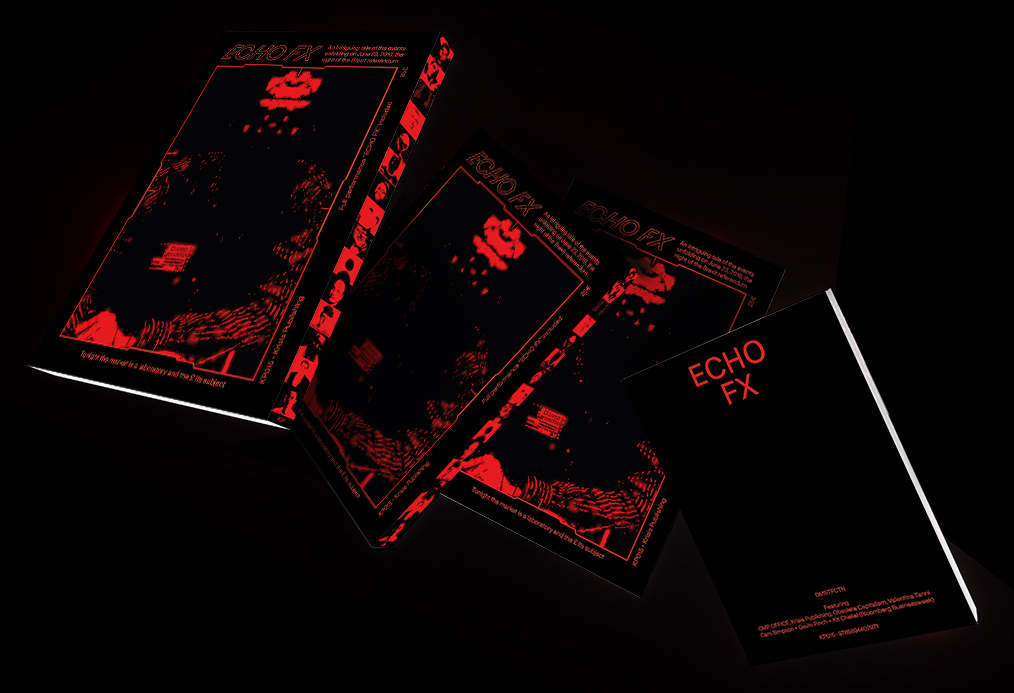 Edited by DMSTFCTN and Krisis Publishing

ECHO FX is a book collecting and expanding on the homonymous work by DMSTFCTN – a 20 minute audiovisual performance replaying the events unfolding on the night of the 2016 Brexit referendum. ECHO FX focuses on an unlikely concession made on the night by former trader and face of the Leave EU campaign Nigel Farage: “Remain will edge it…”
The out-of-character concession echoed on social media shaping the sentiment of Foreign Exchange markets, which had priced in on a possible Remain win, pushing the Pound to a six month high before any official result announcement. Later that night, as the referendum outcome became apparent, those markets collapsed in disbelief, yet a handful of hedge funds which had purchased private polling data were able to foresee the outcome and short the crashing Pound.
Mixing footage of the hedge funds headquartered in London with images and sounds generated in response to historical market data, ECHO FX tells a story whose details remain unclear to this day, including the legitimacy of polling companies’ sale of private polls, and whether Farage had any personal dealings in this venture.
The book includes a digital download of the performance and expands on the night’s events through both written and visual contributions by DMSTFCTN, CMP OFFICE, Obsolete Capitalism, Valentina Tanni, Cam Simpson + Gavin Finch + Kit Chellel (Bloomberg Businessweek), including a manga rendition of the original performance, created by Krisis. 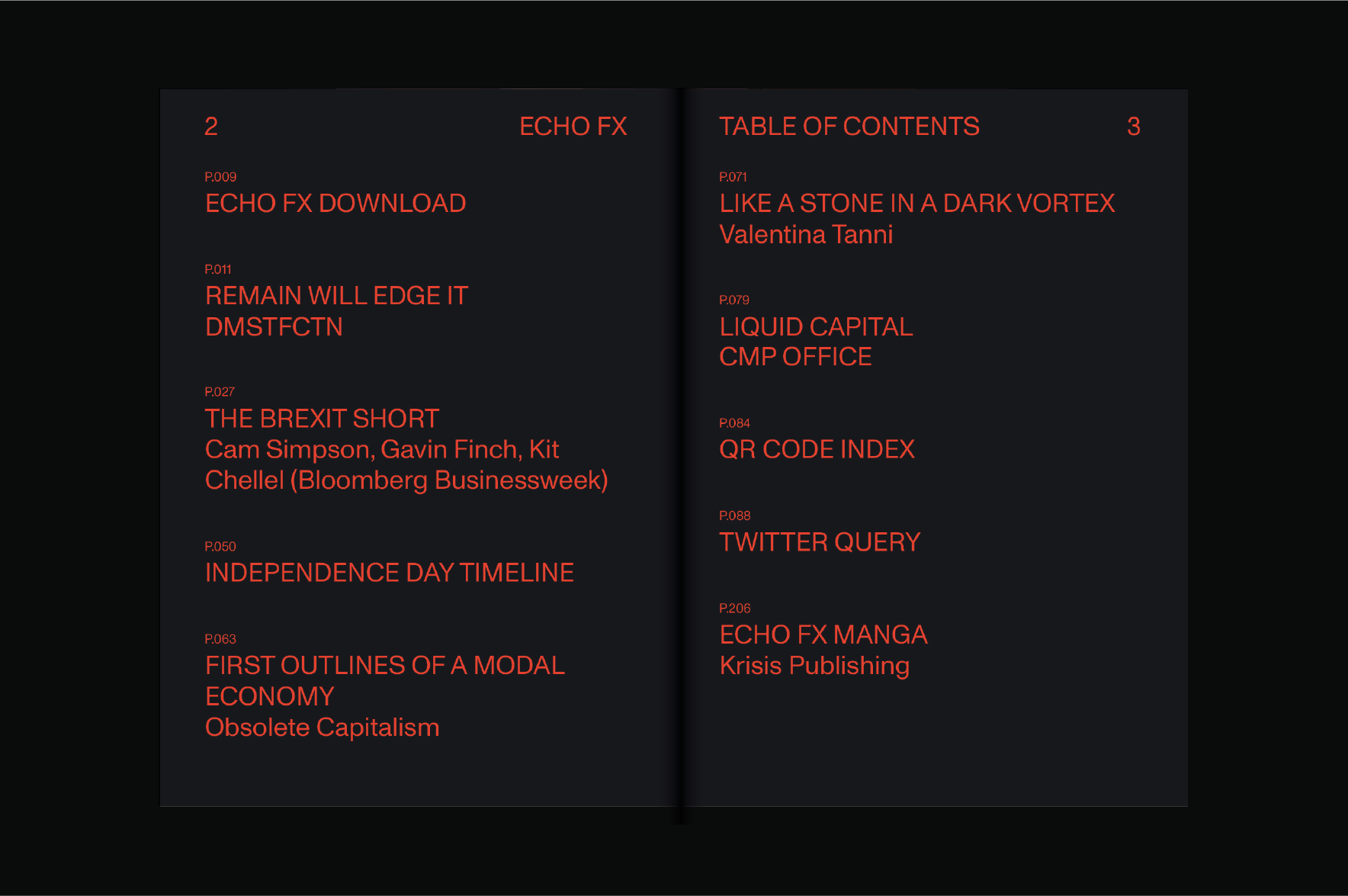 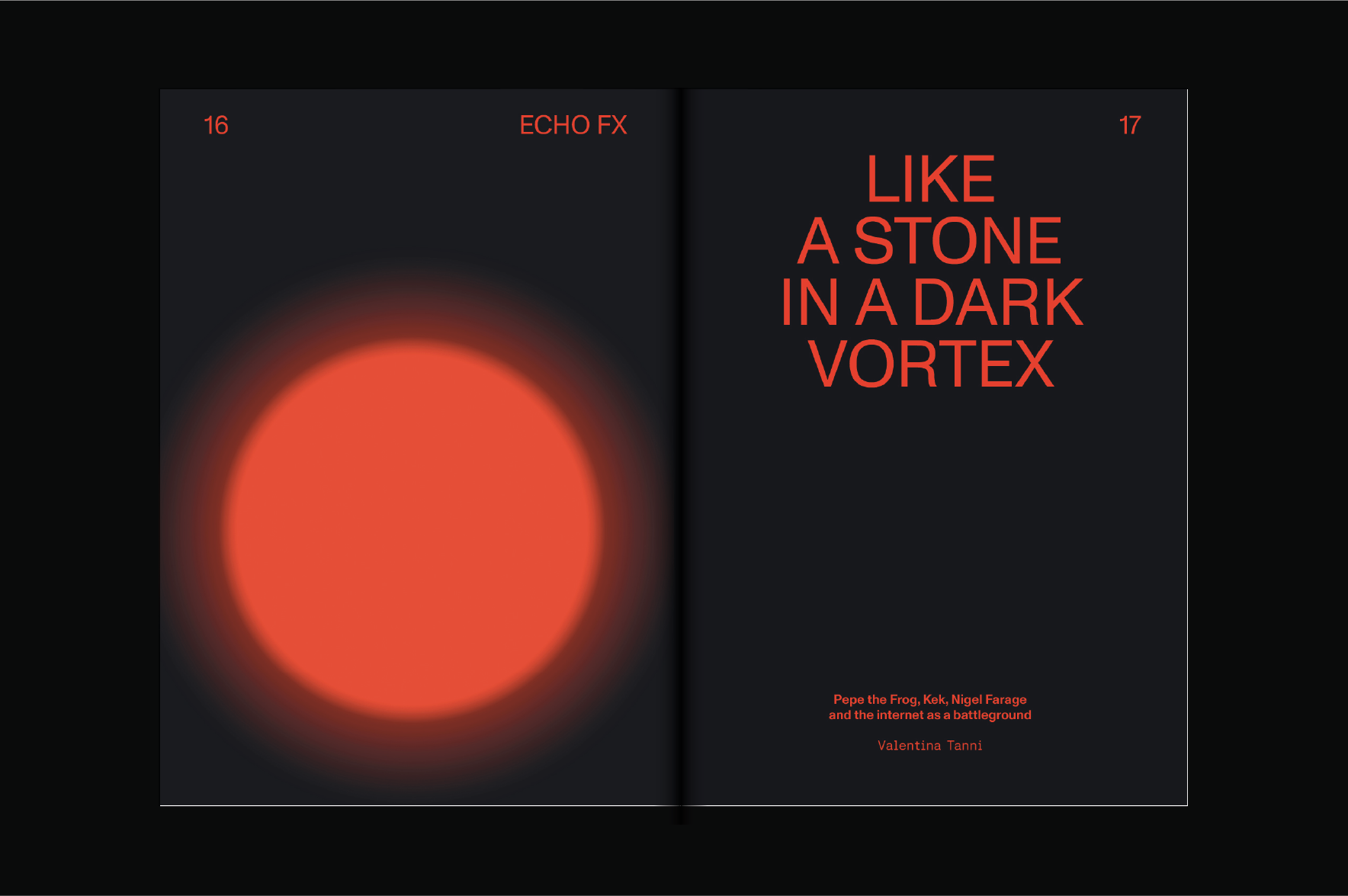