In the past ten years, online participatory culture has gained more and more relevance, deeply influencing the way we create, consume and exchange content. Ever-growing Internet access – having reached 60% worldwide penetration – has in fact led to radical changes on many levels, forcing us to reconsider our ideas on communication, economy, politics and also art. A new, widespread digital fluency, both in terms of content production and distribution, together with the formation of a surprisingly varied array of virtual communities, is giving birth to fresh languages and aesthetics on a daily basis, in an unstoppable and dizzying cycle of cultural manufacturing and remixing.

Internet memes in all their different forms and declinations – image macros, videos, photo-fads, catch-phrases and performative chains – are the hot core of this new ecosystem: They shape our view of the world, influencing cultural and political processes, but they can also be read, following Fredric Jameson’s study on postmodernism, as our dominant “cultural logic”, a logic centred on wild appropriation, endless remix and bold re-signification.

While the sociological and political implications of internet memes have been widely analysed, the aesthetic discourse is more often overlooked. The kaleidoscopic and chaotic world of online participatory culture not only influences countless contemporary artists, especially in the field of visual art, but it constitutes an independent art factory in itself, producing an avalanche of creative content that shapes our gaze and taste. Also, it is impossible not to notice that more and more people are adopting – spontaneously and often unknowingly – practices that seem to draw directly from the avant-garde, like appropriation, détournement, extreme photographic manipulation, performative acts and experimental use of language. To describe such cultural tactics, especially in the context of very popular social platforms like Facebook, Twitter, Instagram, Reddit and TikTok, Canadian scholar Darren Wershler has coined the expression “conceptualism in the wild”, emphasizing their spontaneous and untamed character.

The MemesteticA program explores the world of memes and participatory culture by focusing on its relationship with modern and contemporary visual art. The goal is to discuss meme aesthetics and to investigate the role that this unregulated cultural system – characterized by an unprecedented level of participation – will have in reshaping our concept of art and its role in society. 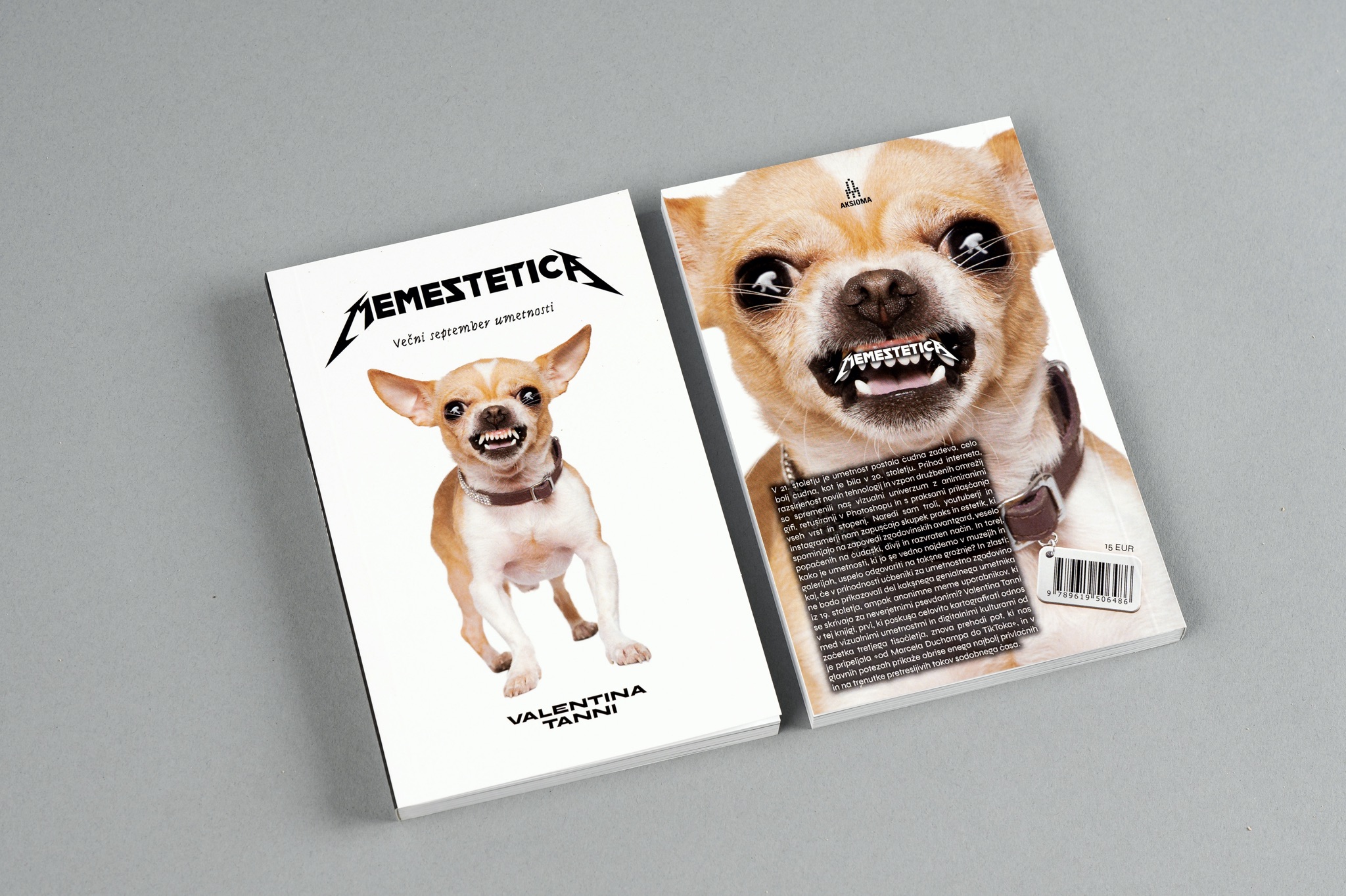 Valentina Tanni: MemesteticA – The Eternal September of Art*
Published by: Aksioma – Institute for Contemporary Art, Ljubljana
Format: 11 x 17 cm
Pages: 270
Language: SI
Release date: 20 May 2021
ISBN: 978-961-95064-8-6
Price: 15€
Published in the framework of Tactics & Practice #11: MemesteticA
Supported by the Ministry of Culture of the Republic of Slovenia,
the Municipality of Ljubljana and Istituto Italiano di Cultura in Slovenia.
*Originally published in Italian by NERO Editions
Cover Design by Clusteduck