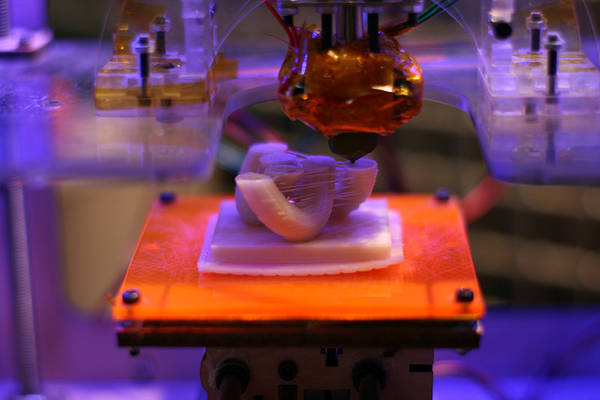 Anil Dash has some great ideas about 3d printing and teleporting:

“Every 3D printer should seamlessly integrate a 3D scanner, even if it makes the device cost much more. The reason is simple: If you set the expectation that every device can both input and output 3D objects, you provide the necessary fundamentals for network effects to take off amongst creators. But no, these devices are not “3D fax machines”. What you’ve actually made, when you have an internet-connected device that can both send and receive 3D-printed objects, is a teleporter. I know that sci-fi nerds will point out that this is hardly teleportation, since you’re cloning the shape of the original object rather than actually sending the original object somewhere. But sci-fi correctness is not nearly as useful for the 3D printing industry as a totally futuristic concept that can get normal people excited. Imagine a simple television ad with a clean, well-designed (not a kit!) device saying “when you lose the wheel for your kid’s toy car, her friend can teleport her a replacement”.