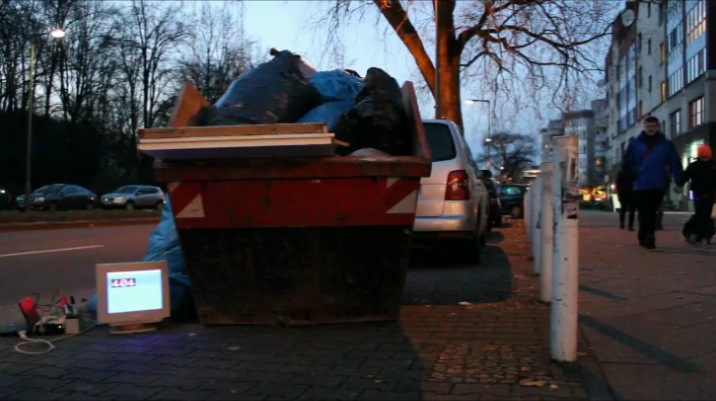 “In this public intervention ‘HIGHSCREEN‘ I revived dumped CRT screen from the streets of Berlin to show Internet art on them before they eventually go to electronic hell. Featured works in this intervention: ‘404’ by JODI 1997, ‘C.R.E.A.M.’ by Evan Roth 2010, ‘therevolvinginternet.com’ by Constant Dullaart 2010, ‘Super Mario Clouds’ by Cory Arcangel 2002″