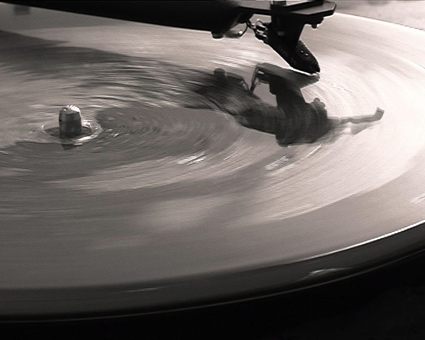 “Sound recordings from three glaciers in Iceland, pressed into three records, cast, and frozen with the meltwater from each of these glaciers, and played on three turntables until they completely melt. The records were played once and now exist as three dvds. The turntables begin playing together, and for the first ten minutes as the needles trace their way around, the sounds from each glacier merge in and out with the sounds the ice itself creates. The needle catches on the last loop, and the records play for nearly two hours, until completely melted.”