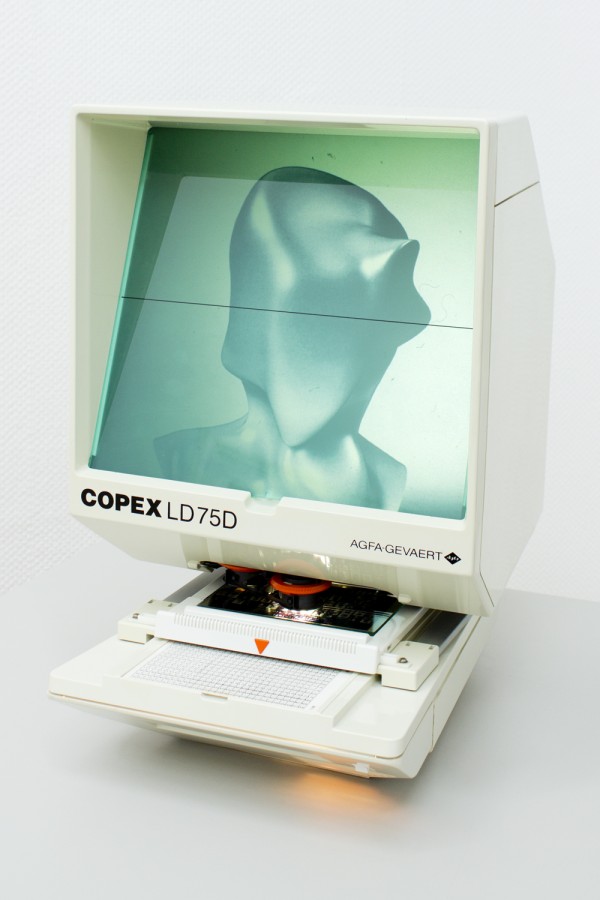 “The conversation surrounding the presentation and archival of new media art has often revolved around the issues facing curators and historians as they struggle to bring older works to newer formats; in Annals of Time Lost, Jon Rafman reframes this responsibility into an opportunity: A COPEX LD75D microfiche reader displays Rafman’s New Age Demanded, a series of busts rendered from 3D models; while a nearby plinth houses a 3D print of a bust from the same series. The conditions of archival anxiety—which has been, on some level, wrongly understood as a passing phase to a future in which Google Glass sees all—become palpable as Rafman reexamines the scale and physicality of archives.”