Be Your Own Souvenir project by Blablabla:

“This proposal aims to connect street users, arts and science, linking them to under-laying spaces and their own realities. The installation was enjoyed during two weekends in January 2011 by the tourists, neighbours of La Rambla and citizens of Barcelona, a city that faces a trade-off between identity and gentrification, economic sustainability and economic growth.

This shapes through a technological ritual where the audience is released from established roles in a perspective exchange: spectator-performer, artist-tourist, observer-object.

The user becomes the producer as well as the consumer through a system that invites him/her to perform as a human statue, with a free personal souvenir as a reward: a small figure of him/herself printed three-dimensionally from a volumetric reconstruction of the person generated by the use of three structured light scanners (kinect).

The project mimics the informal artistic context of this popular street, human sculptures and craftsmen, bringing diverse realities and enabling greater empathy between the agents that cohabit in the public space.” 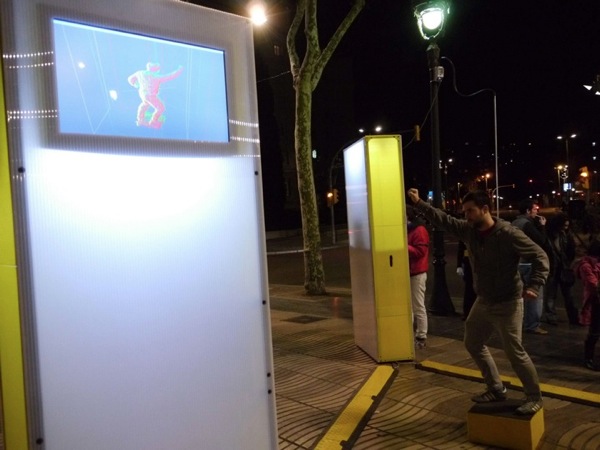