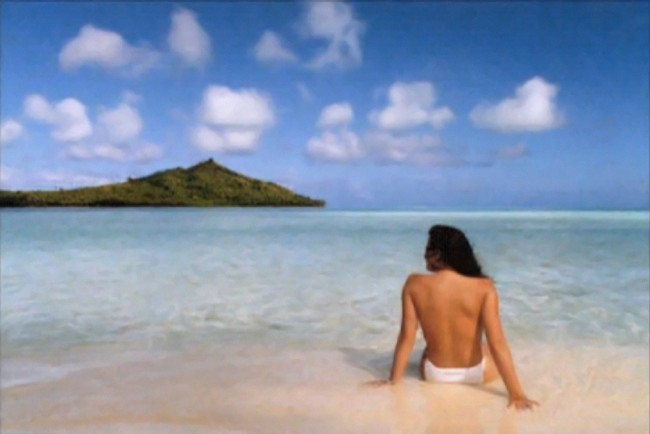 “An image taken by John Knoll of his (at that time) soon to be wife, Jennifer. Together with his brother Thomas, John is know for developing Photoshop. Digitized by Kodak in 1987, it is the first known image to have been manipulated using the program. The image is newly distributed online, containing a steganographically encrypted payload.”