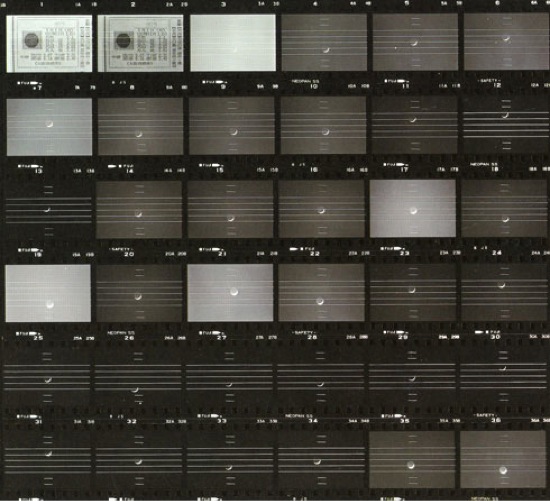 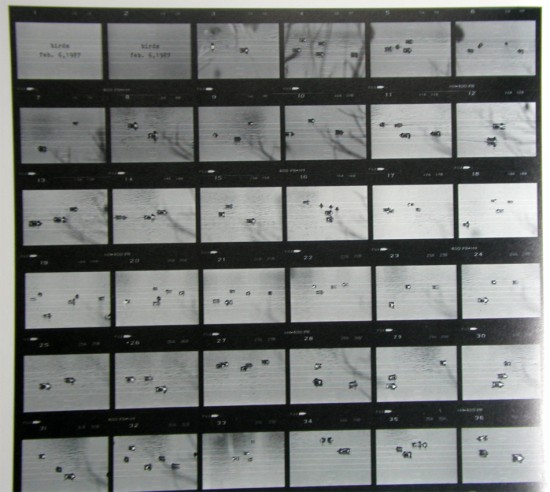 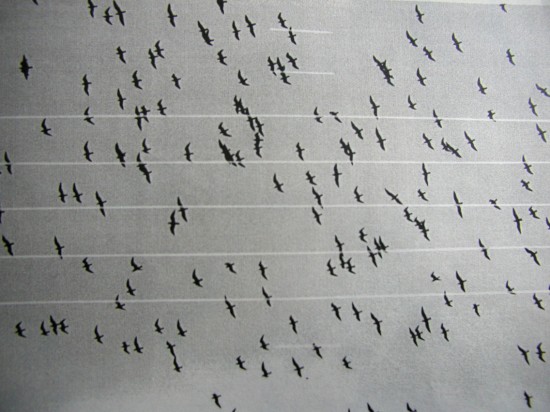 “In Moon Score (1975-1979), Hitoshi Nomura photographed the moon on film marked with five lines (like staff paper). The project was supposedly inspired by Nomura spotting the moon moving behind telephone wires. In an early exhibition of the piece, visitors began to hum the “score”, and later exhibitions featured a CD with a string quartet or chorus performing the score. Later Nomura made a similar series called ‘birds’ photographing just birds.” You can listen to the music here.