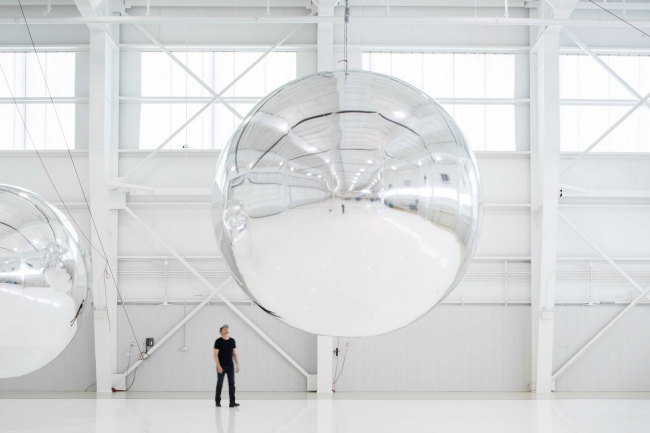 “Developed in collaboration with aerospace engineers, the nonfunctional satellites are space-worthy sculptures designed as small, lightweight satellites that expand to become large, highly reflective structures. Placing one of these objects into low-earth orbit would create a visible “sculpture” in the night sky, visible from the earth below after sunset and before dawn as a bright, slowly moving, flickering star. The sculpture would remain in orbit for several weeks before burning up upon reentry through the atmosphere.
These designs are responses to the question of what aerospace engineering would look like if its methods were decoupled from the corporate and military interests underlying the industry. The nonfunctional satellite recasts the old question of “art for art’s sake” within a different context, asking whether we can imagine something like “aerospace engineering for aerospace engineering’s sake.”