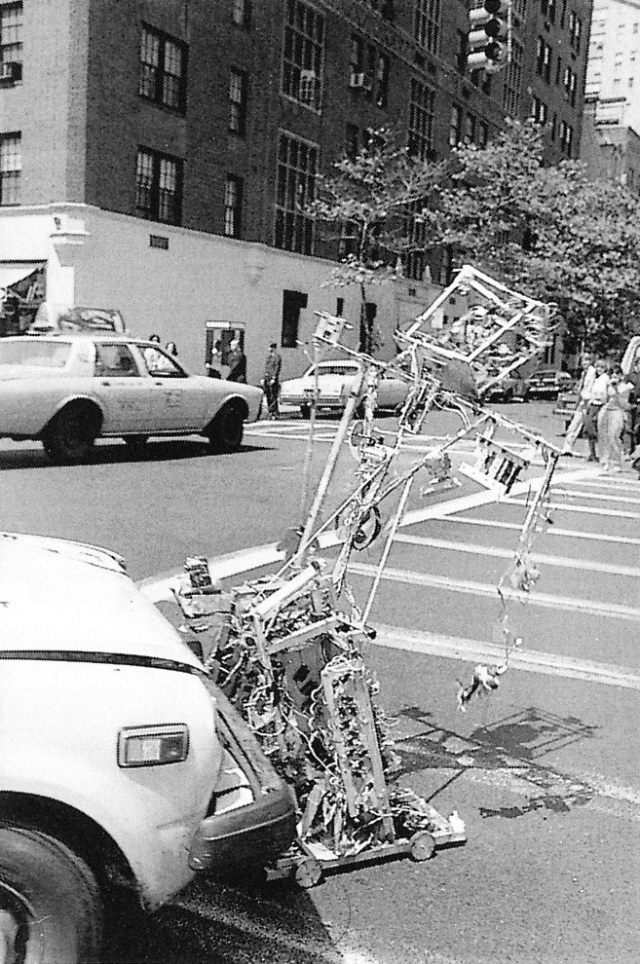 Talking about road accidents and robots…

Nam June Paik, The First Catastrophe of the 21st Century, 1982
Location: 75th Street and Madison Avenue, Manhattan, outside of The Whitney Museum

“For this performance, the robot K-456 was removed from its pedestal at the Whitney Museum of American Art, which hosted Paik’s retrospective exhibition, and guided by the artist down the street to the intersection of 75th Street and Madison Avenue. When crossing the avenue, the robot was “accidentally” hit by an automobile driven by artist Bill Anastasi. With this performance Paik suggested the potential problems that arise when technologies collide out of human control. After the “collision”, K-456 was returned to its pedestal in the Museum.”