“Organic Smiles Cereal Commercial” is an analog horror video made by Nathan Frost. With a great backstory:

“On August 23rd, 2015, a user posted on a message board and asked “what’s a scary story that freaked you out when you were younger?” a user responded by saying ” My grandfather used to always tell me a story about a commercial test screening that he and his friends went to when he was younger. He always told me that it was a Cereal advertisement from a company called Organic Smiles. I’ve looked up the brand and it literally does not exist. He said that the commercial had distorted-faced mannequin women and long blood faces. He didn’t watch the whole thing as he ran out of the theater crying but his friends did watch it all and were absolutely traumatized by it. Later that year he said all the people who attended that screening went missing. At the time I totally believed it but now I realized that he had to have been screwing with me, but he always had a serious look on his face when he told me about it.
The response at the time didn’t gain much traction until a year later on September 4th when the same user that posted the story said they found the supposed commercial on film tape that was mailed to him somehow. Later that day the user started posting screenshots of it showing its authenticity and proving it was real. Other users were getting excited and many were highly anticipating it.” 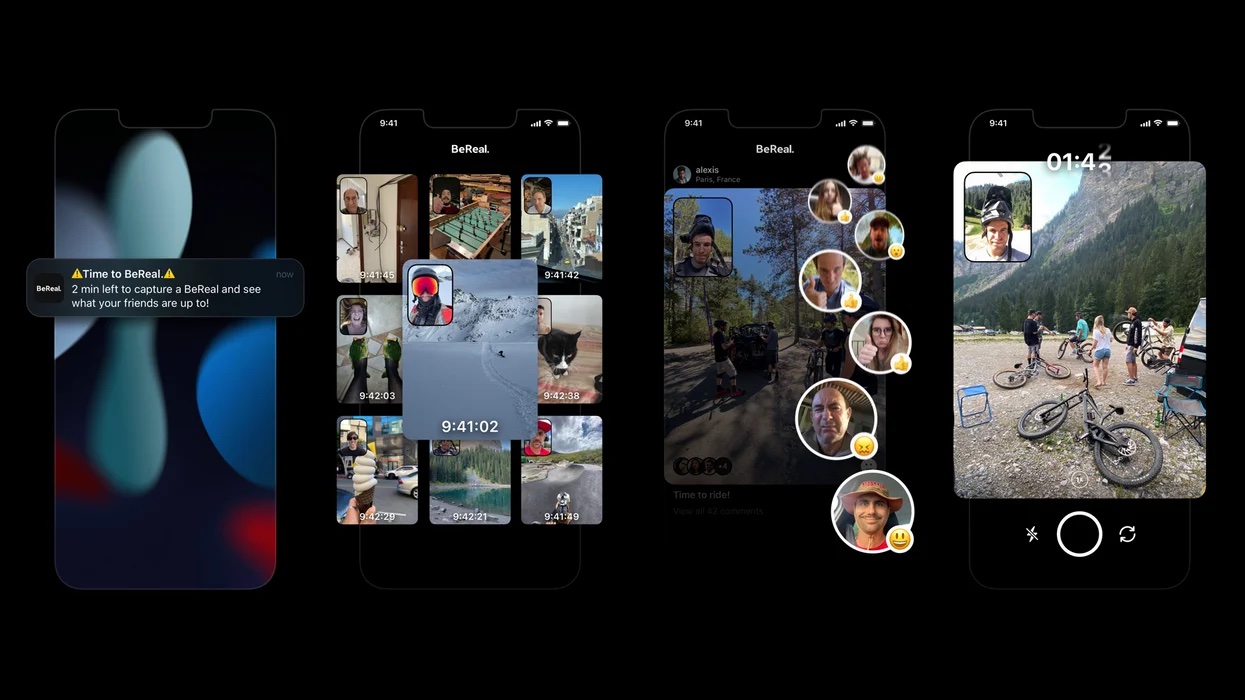 “The app’s premise is simple: Each day, every user worldwide gets a simultaneous, cartoonish notification, “⚠️ Time to BeReal ⚠️ 2 min left to capture a BeReal and see what your friends are up to!” Opening the app prompts you to snap a photo, which captures your front and back camera (no access to the camera roll) and posts to a simple chronological feed of friends’ posts which you cannot view until you’ve added a photo yourself.” 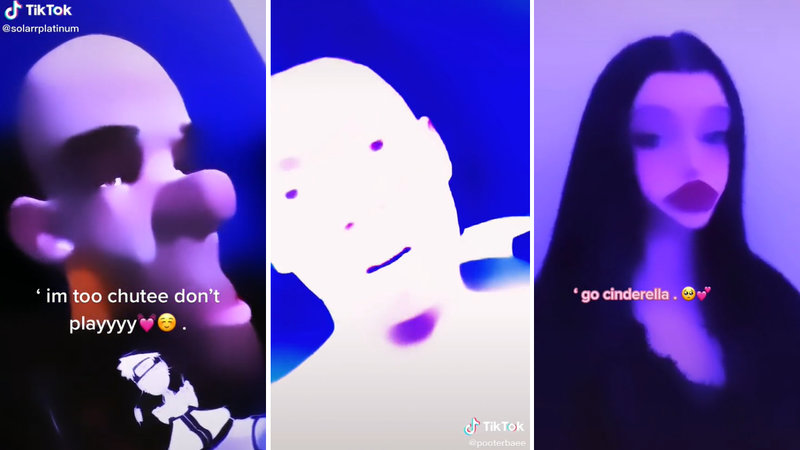 “A TikTok trend where users apply Instagram’s Paris filter numerous times to a selfie video of them posing while the song “Fancy” by Drake plays, the filter applied to the point where the video is obscured and washed out in pink and purple. The videos are often captioned “no filter,” a joke about people who post obviously edited photos online under the guise of being natural”. 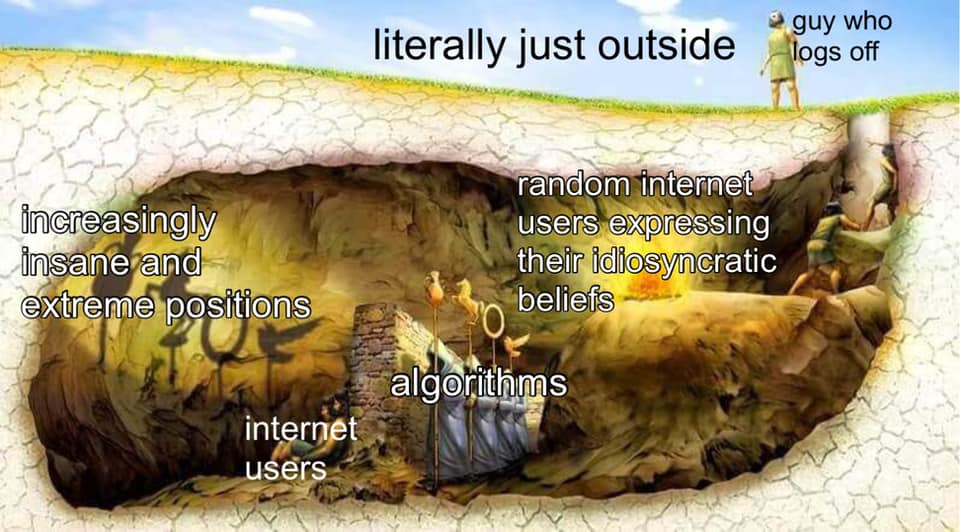 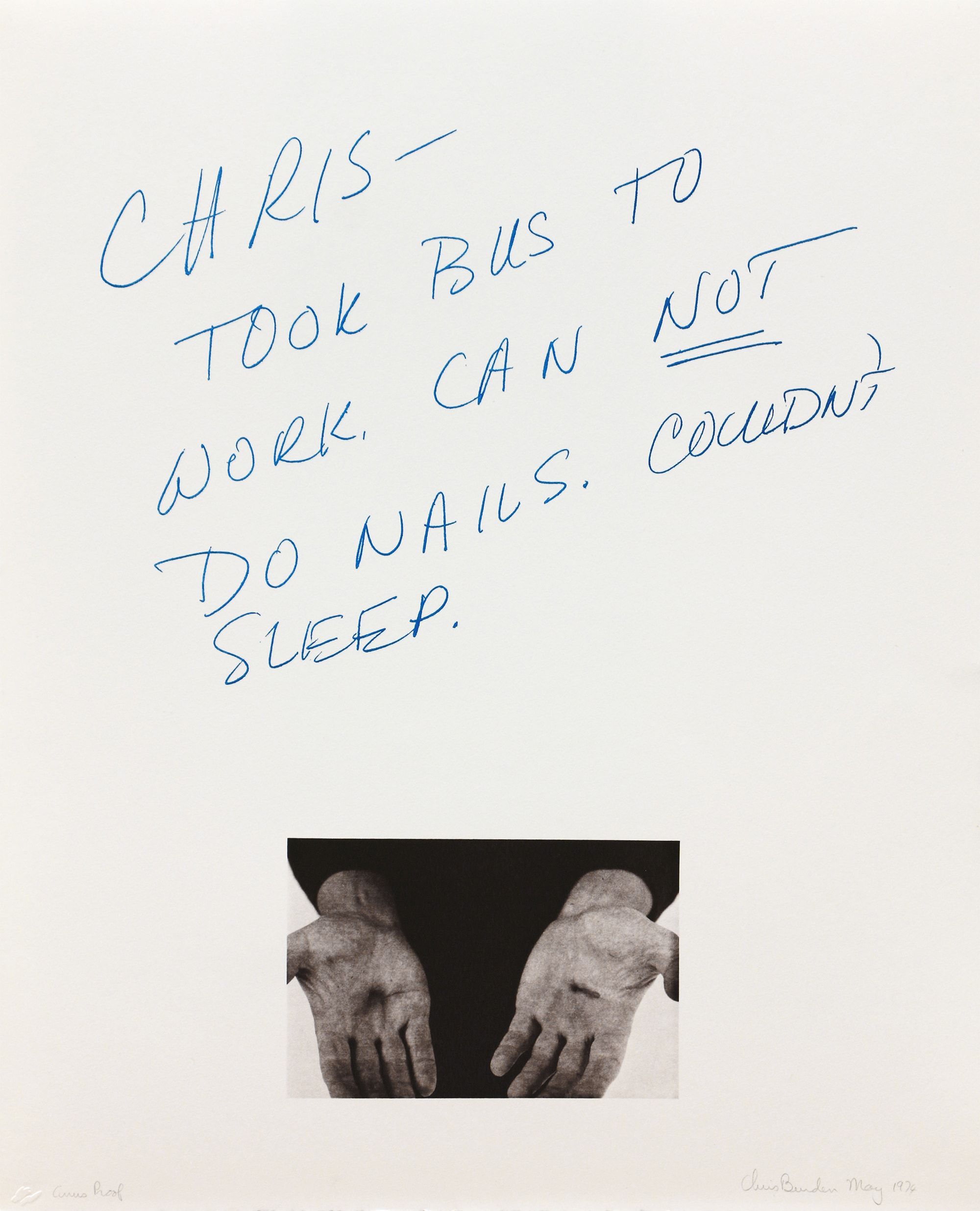 (presumably a note from his partner asking him NOT to nail himself to that Volkswagen). 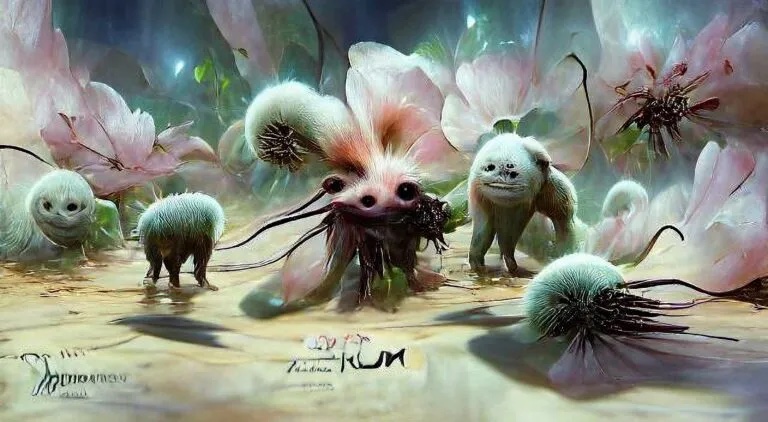 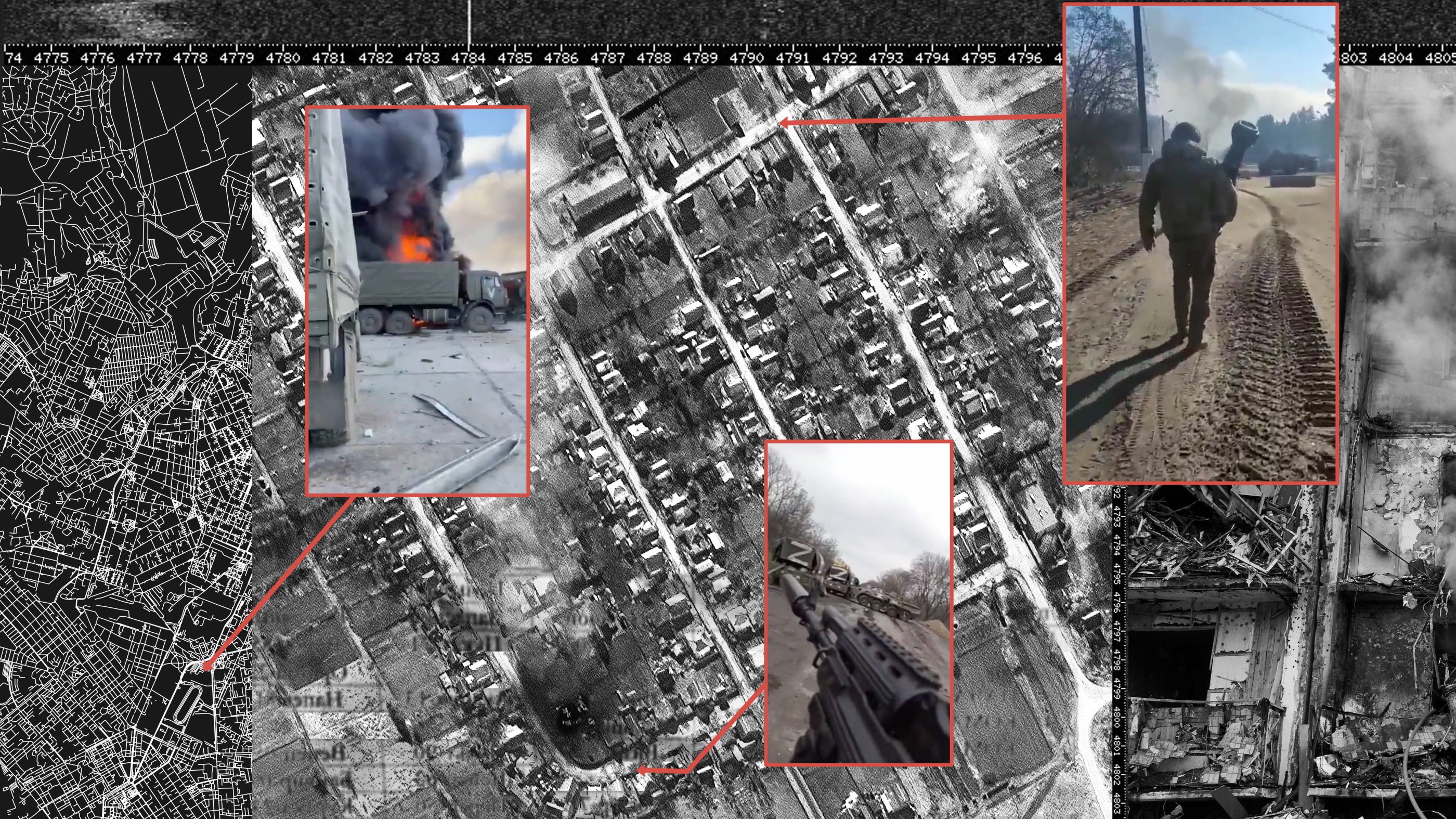 “Under the pseudonym Intel Crab, University of Alabama sophomore Justin Peden has become an unlikely source of information about the unfolding Ukraine-Russia war. From his dorm room, the 20-year-old sifts through satellite images, TikTok videos, and security feeds, sharing findings like troop movements and aircraft models with more than 220,000 followers on Twitter. Peden said that his posts have reached 20 million people and his follower count has increased by over 50,000 people over the past month, according to his Twitter analytics.
Today, Peden is one of the most prominent open-source intelligence (OSINT) figures on Twitter”. 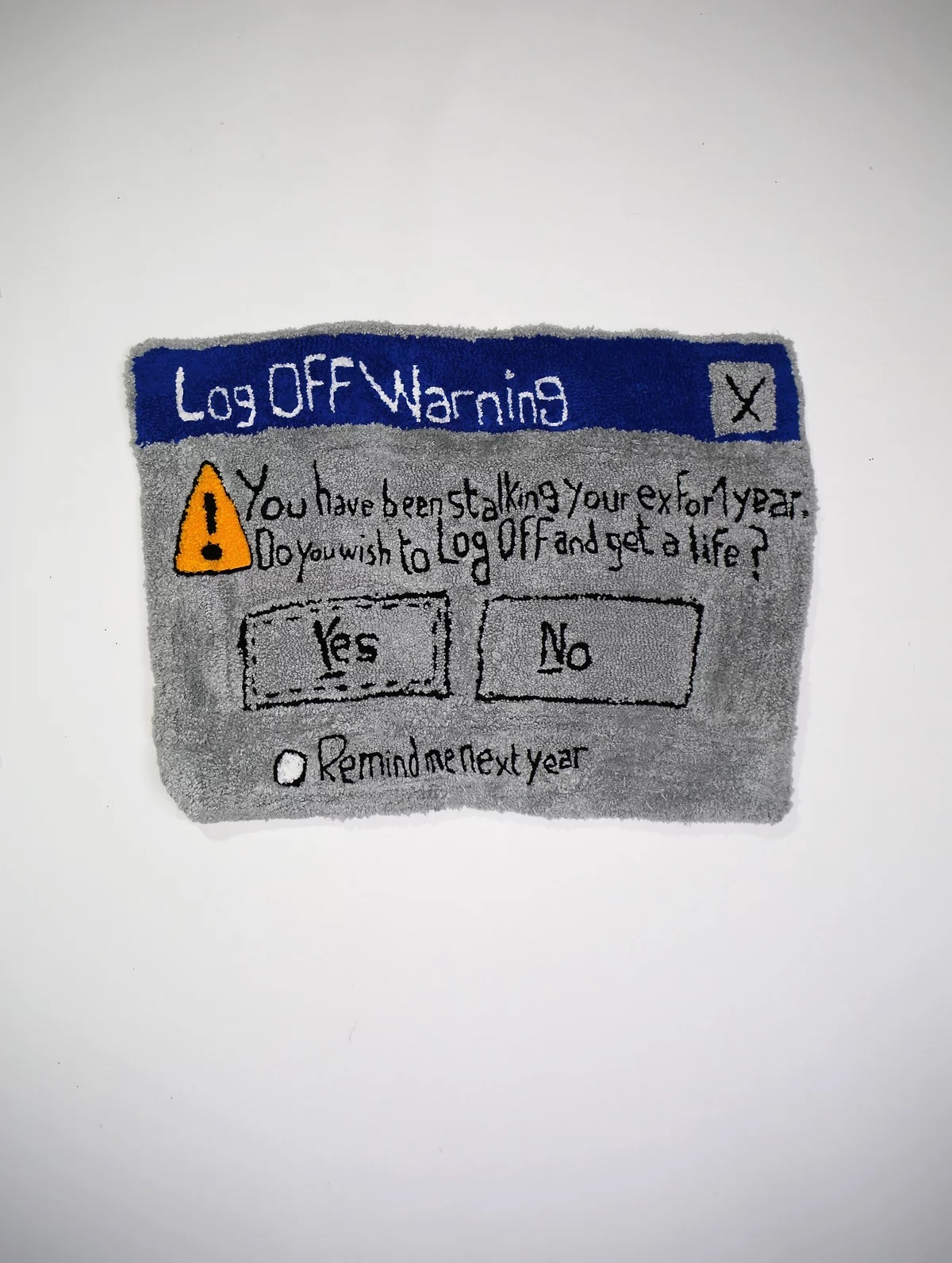 Eva Ostrowska (b.1989) is a French visual artist whose mixed media work offers critiques of social dynamics and romantic relationships using a raw and unapologetic combination of humour, sarcasm, and irony. Ostrowska provides a commentary on love and relationships in the digital era, the dissonance of which is made even more impactful through the use of ancient mediums such as weaving and knitting to depict modern digital realities like the text message. 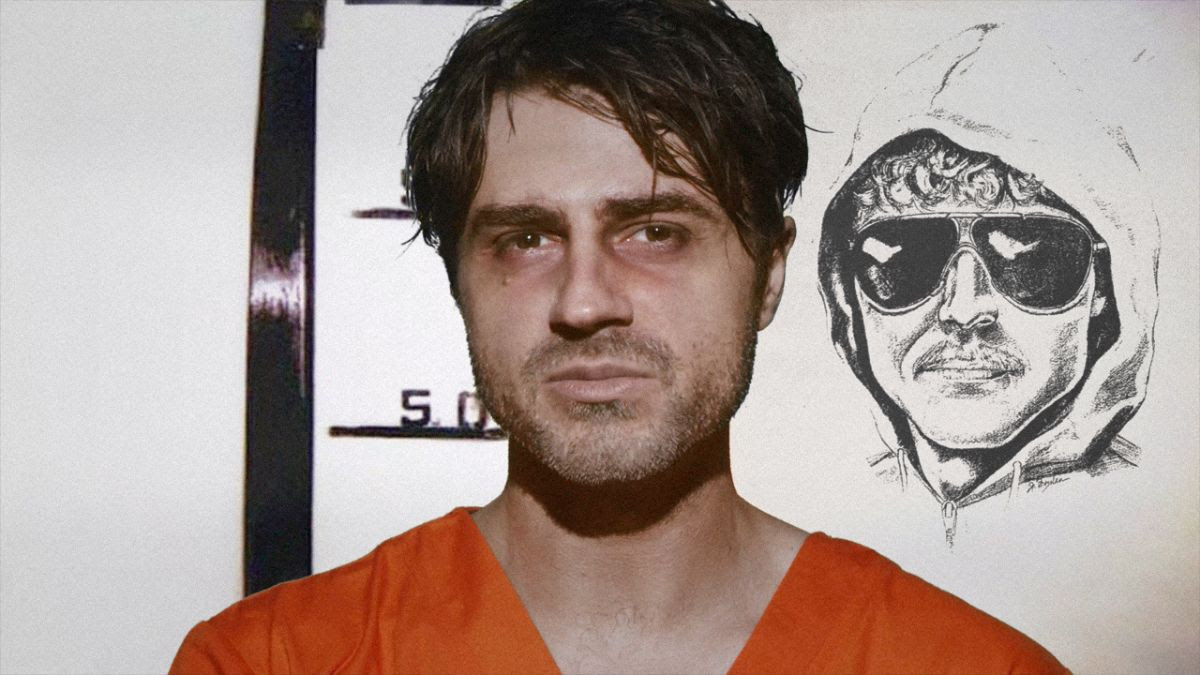 For the past several years, artist Joshua Citarella has targeted his research-based practice on the political behaviors of the young and very online. Jacob Hurwitz-Goodman has similarly used his documentary practice to investigate emergent political modes like Seasteading. Together in When Guys Turn 20, they explore how users across the political spectrum deploy memetic tactics on social media, as well as how the rhetoric and reality of Silicon Valley diverge.

Cycling through a variety of locales and roles (teacher, Twitch streamer, prisoner, Sith Lord), Citarella narrates online political methods and mechanisms of propaganda. From MMORPGs as a proof-case for socialism to the tricks of meme extremists to the problems of Big Tech, When Guys Turn 20 offers a behind-the-servers glimpse into various expressions of platform capitalism. 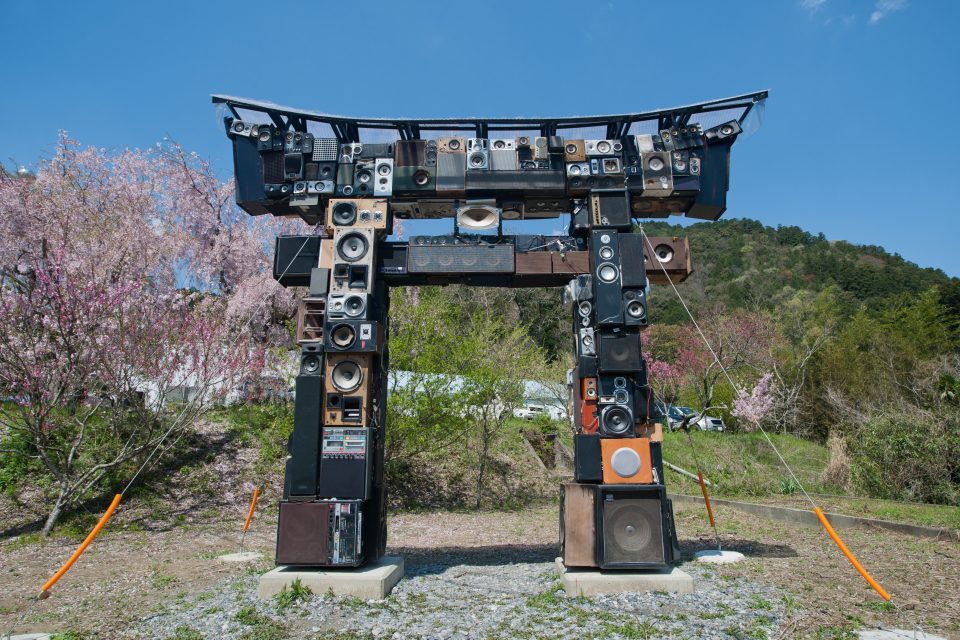 300 recycled loudspeakers, Bluetooth receivers, microphone, line in, 1 amplifier. A 4-channel speaker system allows the public to express themselves directly via a microphone, a line in or their smart phones and wireless technology.

You can ramble about “newness” in art as long as you want, but in the end everything ends up in a frame, over a couch (or an armchair). 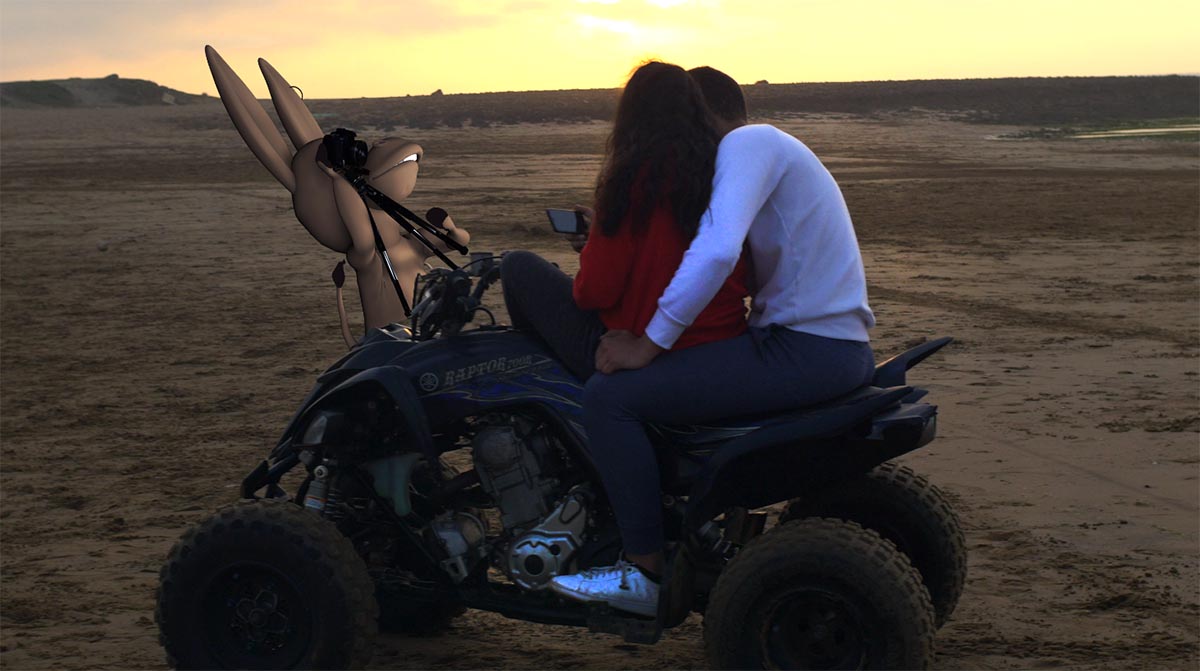 Life on the CAPS is a film trilogy by artist Meriem Bennani. It is set on a fictional island where American troopers have exiled immigrants who attempted to enter America via teleportation. In the world of the CAPS, teleportation has replaced air travel, and displaced populations utilize this portal to cross oceans and borders. Layering live action footage and computer-generated animation, Bennani intuitively adapts editing techniques that evoke documentary film, science-fiction, phone footage, music videos, and reality TV.

A video essay by Max Tohline.

“Three years in the making, this feature-length pop-academic investigation of the SUPERCUT asks where supercuts came from, how they hold our attention, and why they became so popular when they did. Tracing back the genetic lines of experimental film, fan remix, documentary, news, and more, this video essay uncovers the roots of the supercut well before YouTube: back in the 1920s and beyond. These multiple interlocking genealogies reveal that the supercut isn’t just a new form of compilation editing; rather, it’s a new way of thinking expressed by a mode of editing. In fact, the supercut is only a small part of a much larger story about a culture that traded one paradigm of knowledge and power, that of the archive, for a new one: the database.”